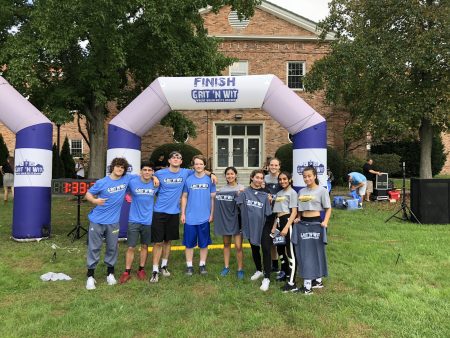 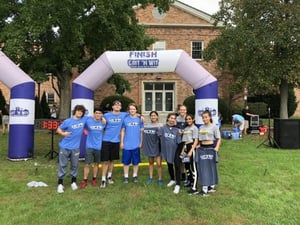 At the second Grit ‘N Wit Challenge at LIU Post teams were out early stretching, scouting, and strategizing. Despite all new challenges three of the top teams from last year separated themselves from the pack with The Wrestling Team, The “Uglies”, and TKE being separated by less than 3 seconds!!!!

For the second year in a row there was some controversy as TKE was delayed waiting to be checked on a puzzle and the Uglies’ bold and ultimately reckless strategy caused them to be the only team to drop the ball on “Teamwork Dreamwork” and those lost seconds were the difference as the wrestling team won again. All three teams posted exceptional times navigating the course in less than 15 minutes!

We were able to catch up with the wrestling team after to gain some insight into the keys to their championship. Having lost last year’s puzzle master to a transfer, they went against the gain and added even more grit to their team and completely eschewing the wit. With less math on this years course that moved paid off as they flew threw the physical obstacles and didn’t lose too much time on the mental. To steal their motto? “we may be dumb and ugly…but we are in great shape” and today that was enough.

A special thanks to the Rec Department and the Student Activities board for volunteering during the race, we couldn’t do it without you. Congrats and thanks to all that participated its 365 days until the next Grit ‘N Wit time to hit the weights…..and the books!

Questions about an existing event
events@gritnwit.com