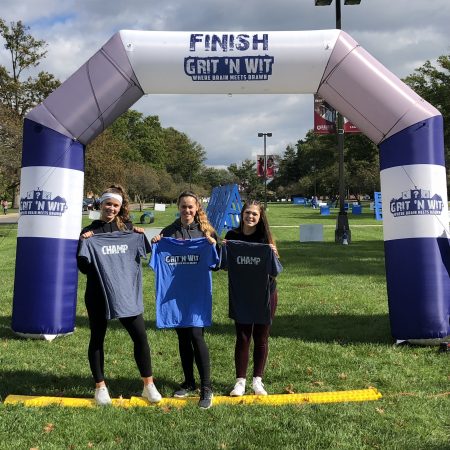 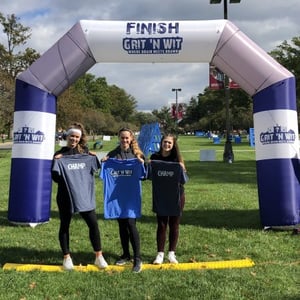 On a chilly day at Rider it looked like the Softball team was going to steal the show. They showed up in force with what looked to be the whole roster making up the first 5 teams. Broken up by position there were several strong performances, but in the end the end the catchers cemented their reputation as the most cerebral position with a blistering time of 14:35!

That time held up through ten heats until the dance team, plus a last minute addition from the peanut gallery eeked out a victory by seconds and had to sweat it out until the buzzer with the last team of the day being on pace for the victory until getting hung up on one of the last challenges…….. Lob, Toss, Throw.

Questions about an existing event
events@gritnwit.com